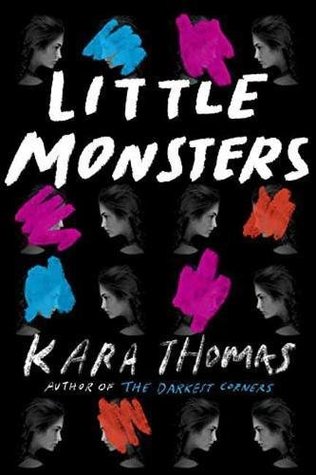 Kacey is the new girl in Broken Falls. When she moved in with her father, she stepped into a brand-new life. A life with a stepbrother, a stepmother, and strangest of all, an adoring younger half sister.

Kacey’s new life is eerily charming compared with the wild highs and lows of the old one she lived with her volatile mother. And everyone is so nice in Broken Falls—she’s even been welcomed into a tight new circle of friends. Bailey and Jade invite her to do everything with them.

Which is why it’s so odd when they start acting distant. And when they don’t invite her to the biggest party of the year, it doesn’t exactly feel like an accident.

But Kacey will never be able to ask, because Bailey never makes it home from that party. Suddenly, Broken Falls doesn’t seem so welcoming after all—especially once everyone starts looking to the new girl for answers.

Kacey is about to learn some very important lessons: Sometimes appearances can be deceiving. Sometimes when you’re the new girl, you shouldn’t trust anyone.

Little Monsters reminded me so much of Pretty Little Liars, which probably one of the reason I really enjoyed reading this book. It didn’t take me long to finish it, it literally took me one day to finished it.

At first I thought this book was about ghost stories which I don’t enjoy very much but after a while things started to make more sense. I was literally in shock finding out who was behind bailey’s disappearance. I did not expect it at all.

Most books I have read it’s always just about the main character but I love how the author wrote a few chapters in Bailey’s point of view. It shows us readers more about what time of person Bailey was really is.

I really thought the book was too short! I wished there was more of the story to make things even more interesting. Despite the disappointing length of the book I still enjoyed the story and the characters.

Overall the writing style, story was very interesting, characters were described and created well. I recommend anyone to read it if you feel like reading something easy and a little mystery book, then Little Monster is for you! I hope I pick up another book by Kara Thomas in near future.

One thought on “Little Monsters”

I’m Rose, a book blogger from Melbourne AU. I write about my love for books, bullet journaling, life events and basically anything I find interesting. More about me.