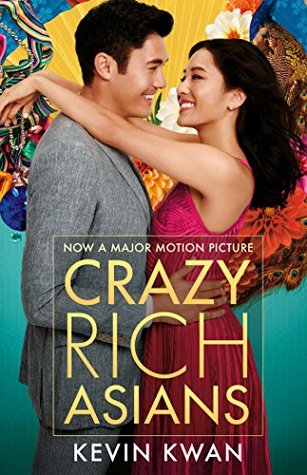 When Rachel Chu agrees to spend the summer in Singapore with her boyfriend, Nicholas Young, she envisions a humble family home, long drives to explore the island, and quality time with the man she might one day marry. What she doesn’t know is that Nick’s family home happens to look like a palace, that she’ll ride in more private planes than cars, and that with one of Asia’s most eligible bachelors on her arm, Rachel might as well have a target on her back.

Initiated into a world of dynastic splendor beyond imagination, Rachel meets Astrid, the It Girl of Singapore society; Eddie, whose family practically lives in the pages of the Hong Kong socialite magazines; and Eleanor, Nick’s formidable mother, a woman who has very strong feelings about who her son should–and should not–marry.

Crazy Rich Asians was such a fun read and very enjoyable. I could sort of relate to it as I am half filipino. Growing up and meeting my relatives on my mothers side, I could really see the very gossipy side and the judgement as well. Like omg! they really do care about what other people would think/say! it’s very frustrating.

I didn’t like the writing style that much. There were a lot of parts that dragged on way too much. Most books I have read described a characters outfit which is normal but in this book Kevin Kwan went into too much detail! which I personally did not care about!. There were some parts that jumped into the past which got me all confused at what was going on.

It took me longer than I expected to finish the book. I found it really slow and so much information to take in. Well there was SOOO many characters in this book that I could hardly keep up who’s who.

Despite the stuff that I mentioned above the storyline was really good, funny and like I said above I could really relate to it which made it really fun to read. The characters were definitely described well, maybe a bit too much detail and I could only really remember some of the main characters.

Overall the storyline was great and it was enjoyable to read. I don’t really highly recommend it but if you are into these type of stories and genre then I recommend you read it as it really did made me laugh.

Have you guys read it? Did you like it?