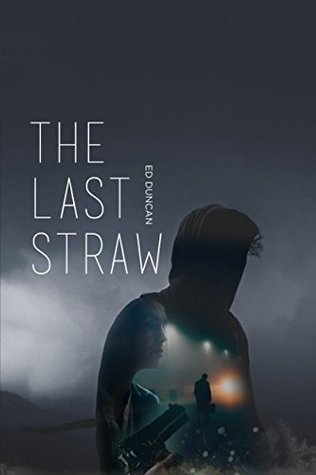 When a teenage girl witnesses a carjacking gone bad, she is marked for death by a crime boss with no apparent motive. A black lawyer and a white enforcer with an unlikely history forge an uneasy alliance to protect the girl from a hit man with an agenda of his own.

After they find out that the crime boss is the father of the black teenage carjacker, Paul Elliott – lawyer and close friend of the witness’s family – begins counseling them.

As the long-simmering feud between Rico and John D’Angelo reaches boiling point, bodies start to pile up in rapid succession… and old scores will be settled.

I received a copy of this book from Book Publicity Services and the Author in exchange for an honest review.

I have to admit that I was really worried that I wouldn’t like this book as I never read the first book of the series plus I have not read this genre in a very long time but I felt the opposite. I really enjoyed the story.

The Last Straw story was written so well. I love that the story had a lot of emotion built around it. I could barely put the book down when I had a chance of reading it. I have to admit that I was a little confused at the start (thinking should I read the first book first) but I pushed through and read a few more pages then all of a sudden everything started to make more sense.

The characters were created and described really good. The drama and all the struggles that the characters had to go through in their lives was unbelievable. The story really felt real which I love.

Overall. The story, the characters, the whole crime, investigation, drama and struggle was created so well! I really think Ed Duncan did an amazing job with this book. I really did enjoy it. I highly recommended to all the crime and thriller lovers out there to read this book series.

One thought on “The Last Straw”